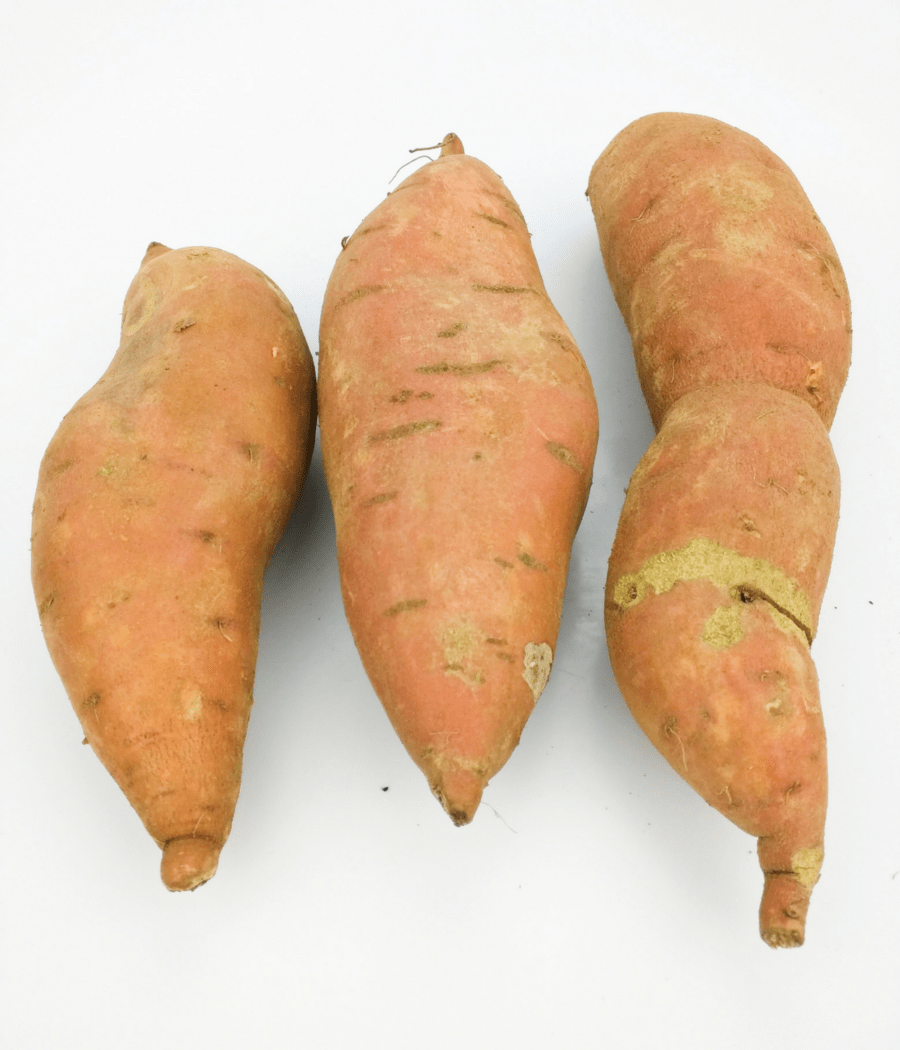 If you thought yams and sweet potatoes were the same thing, you’re not alone. If you live in the US, it’s not even your fault, because we do label certain varieties of sweet potatoes as yams. Throw in the tropical varieties of root vegetables whose names all translate to “yam” and it’s nothing less than a YAM-tastrophe (don’t worry–there are plenty more jokes like this to come). 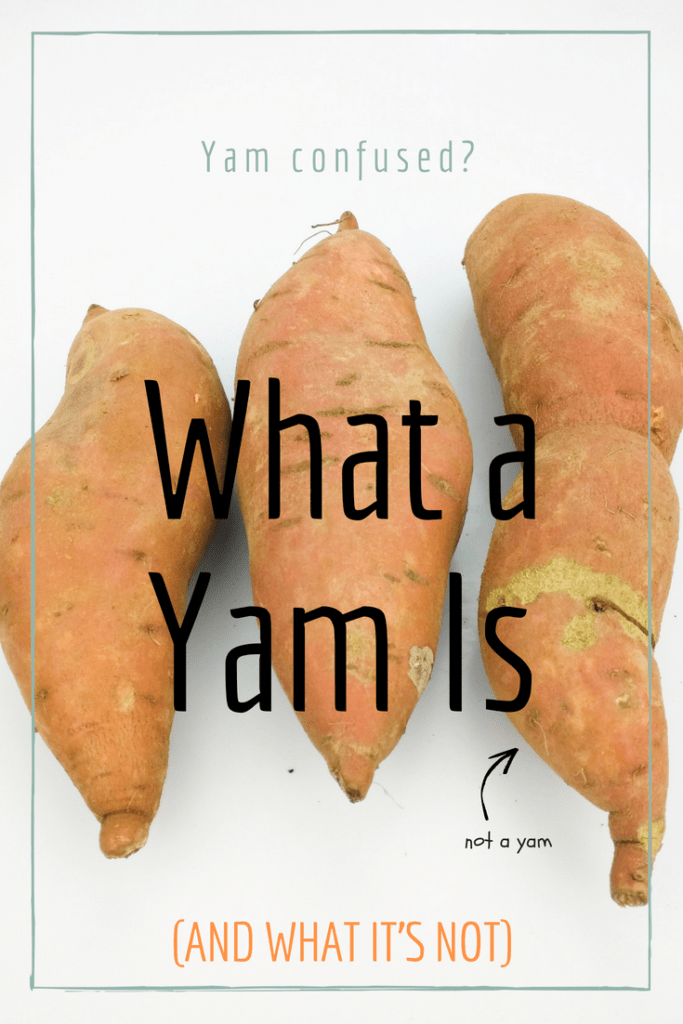 I Yam That I Yam

A real botanical yam is from the dioscoreaceae family. I’m a little rusty on my Latin pronunciation, so we’ll call it Family Dio. Also in the Family Dio: lilies and grasses. Botanical yams are perennial herbaceous vines native to Asian and African temperate and tropical regions (but now cultivated elsewhere).

The easiest way to tell a yam apart from a sweet potato is by how ugly and hairy it is on the outside. If the sweet potato is a suburban mom with waxed legs and a tan, the yam is a seasoned Harley rider with a ZZ top beard. This is because the structure of a yam root is a little different. Rather than a main tap root, a yam tuber has numerous fibers going in every direction. 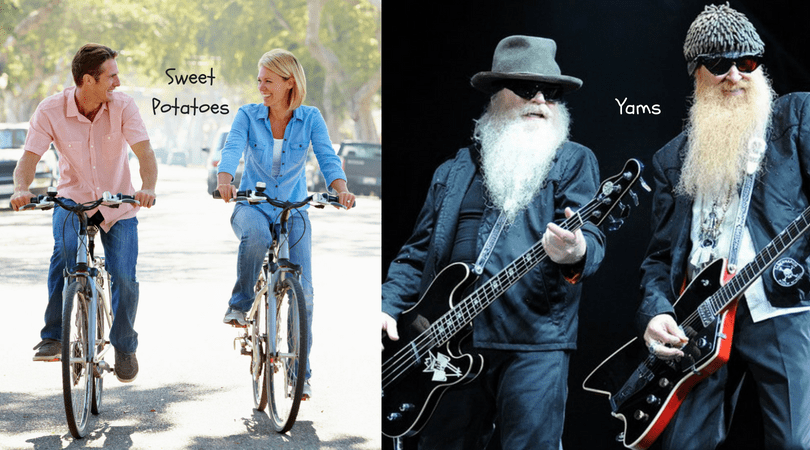 Also called a winged yam, water yam, or white yam (for lighter varieties), this sea-urchin-of-the-land has a gorgeous purple core. It’s grown in Asia, the Pacific Islands, Africa, and the West Indies. These are not to be confused with the purple sweet potatoes that are popular in the Okinawa Islands of Japan (more on these later). 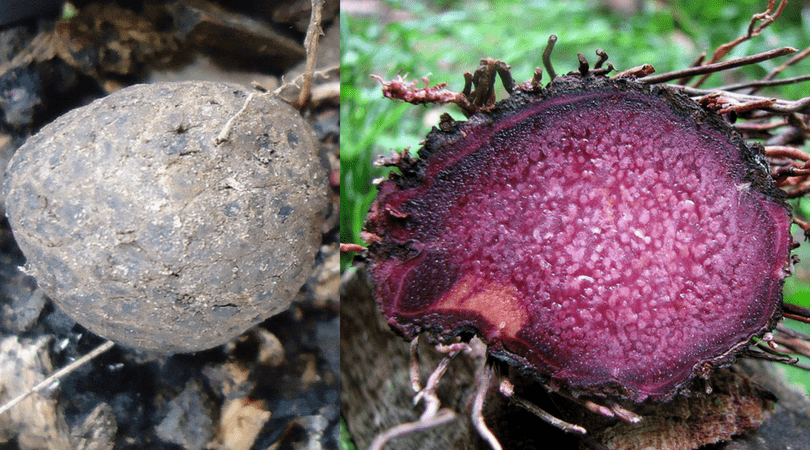 This yam used to be called the American yam, but was bought out by Chinese manufacturers and is now grown for $0.05 on the dollar and…

It’s grown in its native country of China, along with Korea, Japan, and France (long story). They look like hairy legs with a simultaneous bad case of razor burn and are used to make stir fries, noodles, and traditional Chinese medicines. 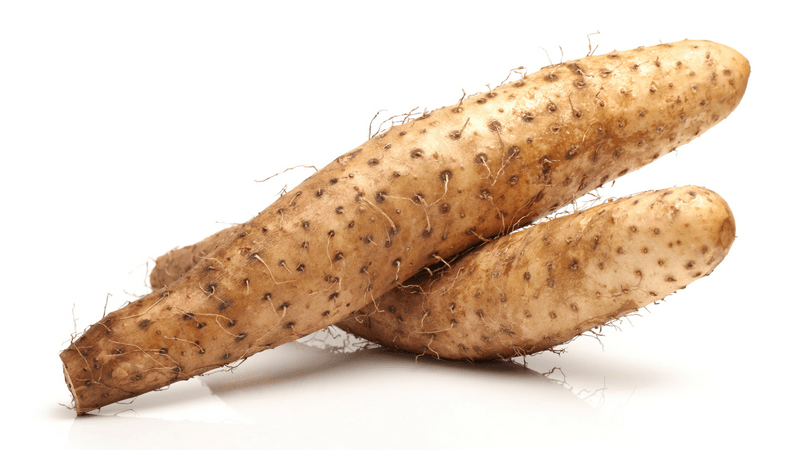 These yams are arguably the most important staple on the African continent. Most imported yams in supermarkets in the US are these varieties (not necessarily cultivated in Africa). The skin looks like tree bark and the fleshy inside is either…white or yellow (you guessed it!) 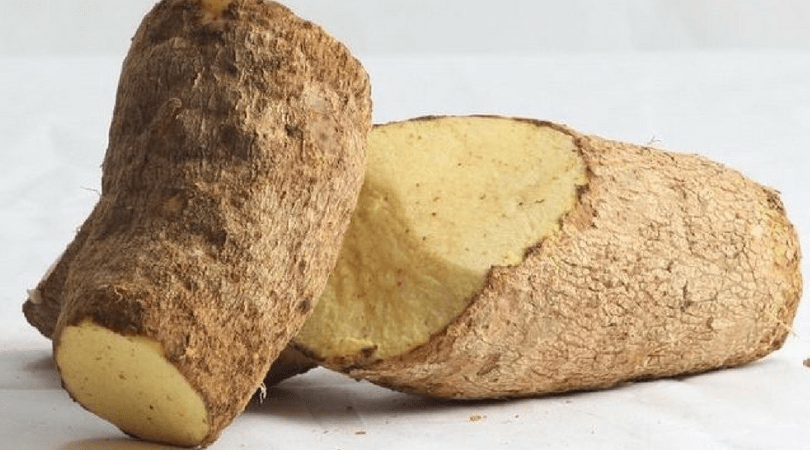 I Yam Not a Yam

Beware: POSERS who look like yams and aren’t. Actually, it’s really not their fault. All these herbaceous vines wanted to do was grow into smooth and pretty sweet potatoes, and we had to yam it up. In disgust, they began fraternizing with the marshmallows and brown sugar until we realized their sweet, sweet potential: their total domination of American fall holidays was complete (OK, they share with pumpkin). Real yams fell out of favor, defeated. 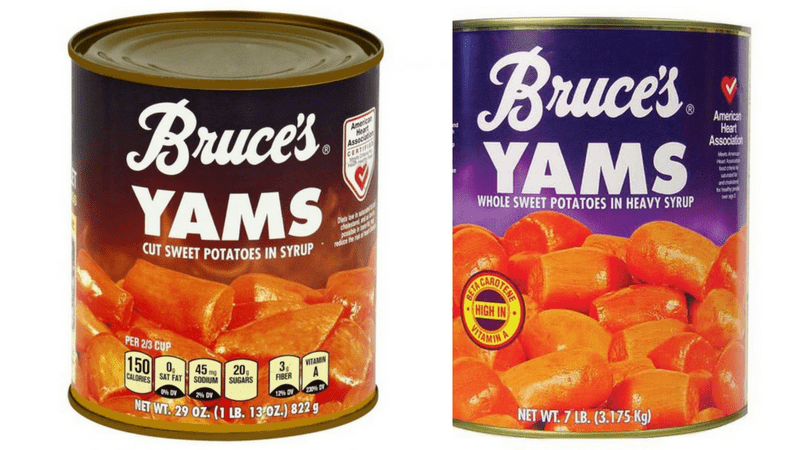 These show-offs are every color imaginable: rust red, burnt orange, musty yellow, bright purple. Cousin to bindweed and morning glories, there are over 5000 varieties of sweet potatoes in the world, all of which are not yams. They’re also not potatoes, for that matter…

Besides looking root veg-fabulous, sweet potatoes are actually mutts. The cultivated varieties contain DNA from agrobacterium, which means they are an all-natural GMO (nature did it before it was cool). Scientists believe sweet potatoes are native to India, after finding a rock with a 57 million year old sweet potato leaf fossil. 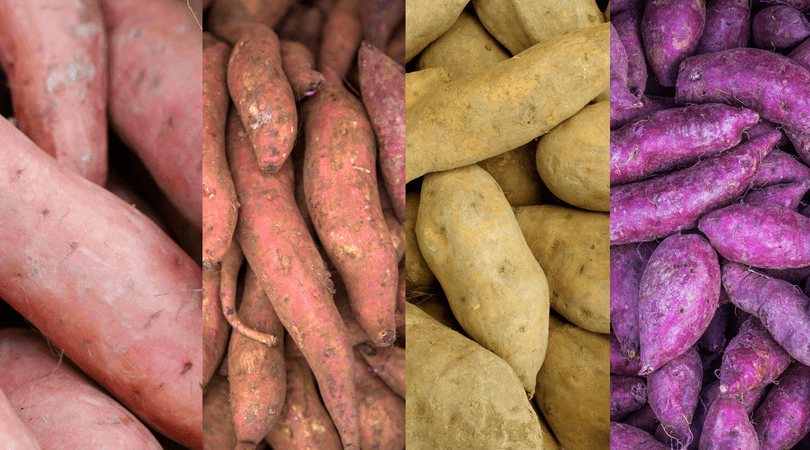 One of the most notable sweet potatoes in the word is the Okinawa purple sweet potato, mainly because the people who eat it as a staple are among the longest living people on the planet. The purple sweet potato constitutes up to 70% of their daily calories. It’s also sometimes called the purple yam. One of those descriptors is correct. 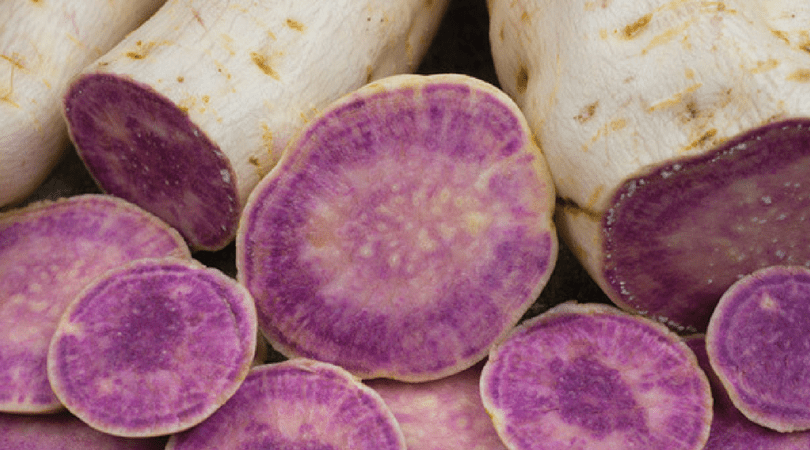 Sweet potatoes are wonderful, versatile root vegetables that can be substituted for many “bad lectin” vegetables in comfort-food recipes. Here are my all-time favorite recipes using sweet potatoes:

This root is one of the earliest cultivated tropical plants. It grows in flood conditions and is high in oxalic acid (for you kidney-conscious folks). It has all kinds of names. No one can agree on what these things should be called, but I’m here to tell that it’s not yam. Here’s a list of its alter egos: 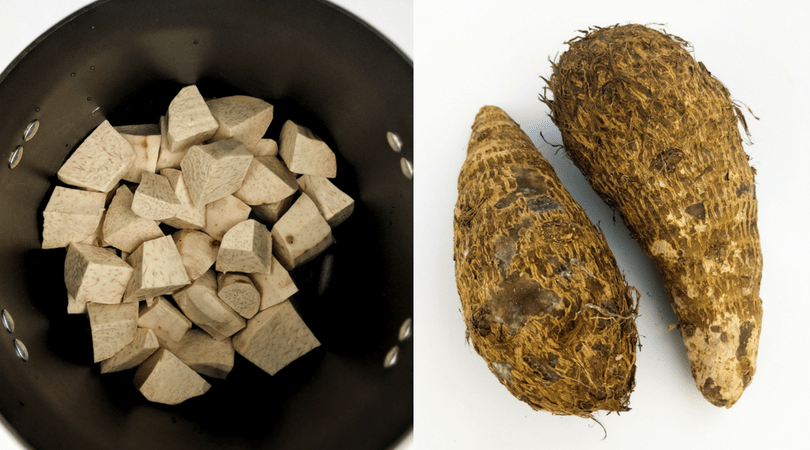 They look pretty hairy, which is probably why they get mislabeled. These are the exceptions to the rule. The key is where they grow–they’re the root of a tropical plant that grows in water. Don’t let the rough brown exterior fool you–the interior is purple, slimy, and very starchy when cooked up (requiring double the amount of oil or butter in recipes…darn).

Also called cassava, manioc, mandloca, and Brazilian arrowroot, the roots of these hearty shrubs grow in tropical and subtropical regions. Unlike taro root, though, yuca shrubs grow in drought conditions. The ones we find in the supermarket and in flour are the sweet varieties. The bitter varieties, considered “fallback” crops for times of food shortage, take 18-24 hours of preparation to remove naturally occurring cyanide (I’m telling you, plants want us dead). 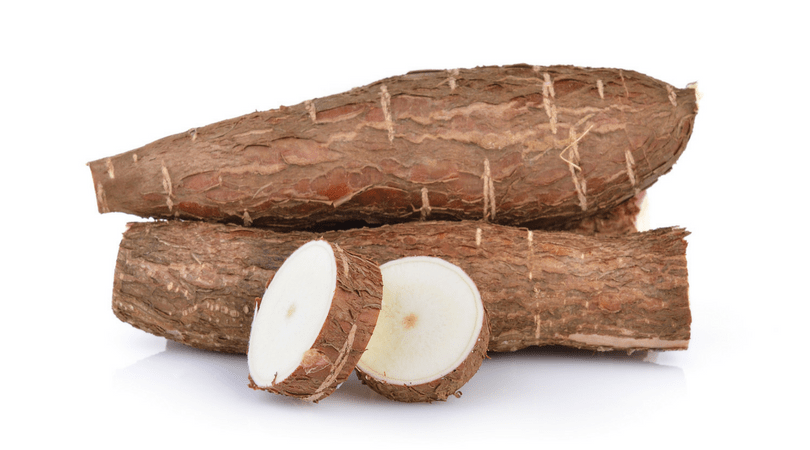 One of my favorite flours ever is made from ground cassava root. It’s a great all-purpose flour, and many of my first baked good recipes were made with cassava flour:

If our gut microflora went on a search for the holy grail, their quest would end in Asia–in a field of konjac. The resistant starch in the root flour, glucomannan, is one of the most highly beneficial forms of prebiotic fiber (and basically zero calories). Konjac roots grow from a large, thick stalk with a single bright red leaf. Should “konjac root” prove too basic for your epicurian vocabulary, here are some other fun names: 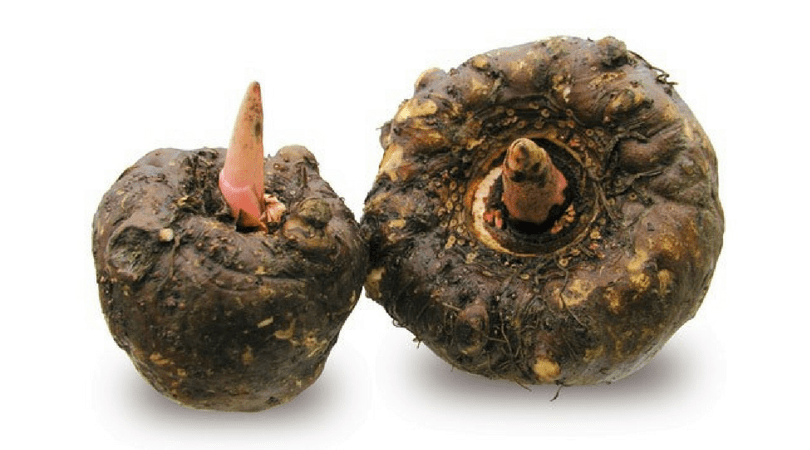 Stock up on Noodles –> Check out their Wonder Noodles! (saving the world, one gut at a time)

Last (but not least, New Zealanders) is the colorful root vegetable called the New Zealand yam! Also, not a yam. I’m sure they’re delicious, though, looking like larvae and all… 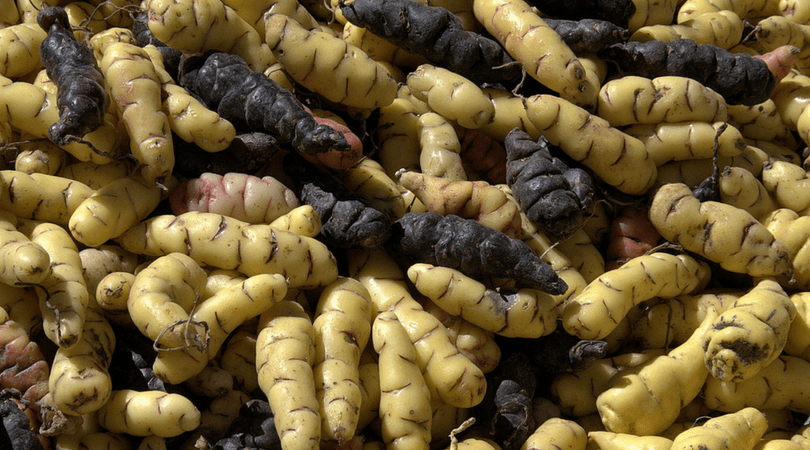 Wikipedia (even Wikipedia knows what a yam is)