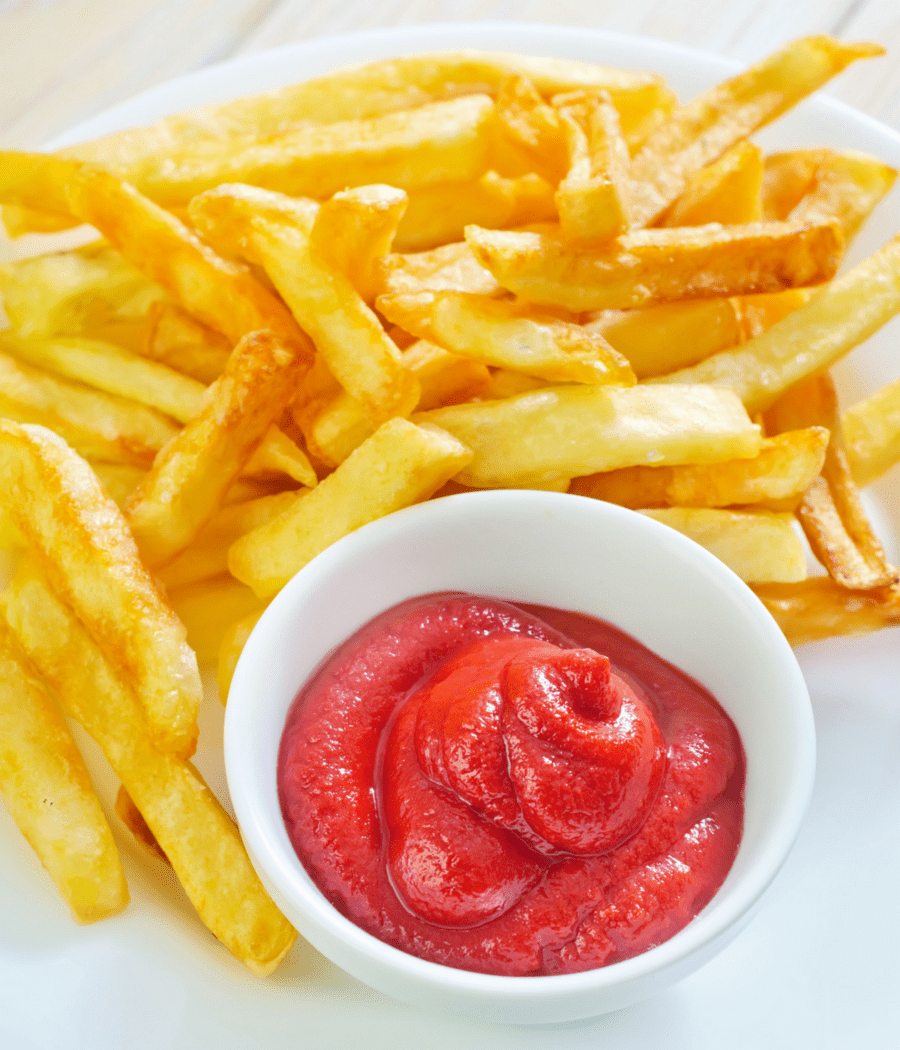 The Rise of Fake Fat

This post is part 2 of a series on dietary fat. Read the first part HERE to see the role fatty acids play in proper cellular function and health.

Now for the bad news: we’ve been eating fake fat for decades, and it took a brutal toll on our collective health. How did we go from butter and lard-eating homesteaders to “shelf stable” vegetable oil consumers? 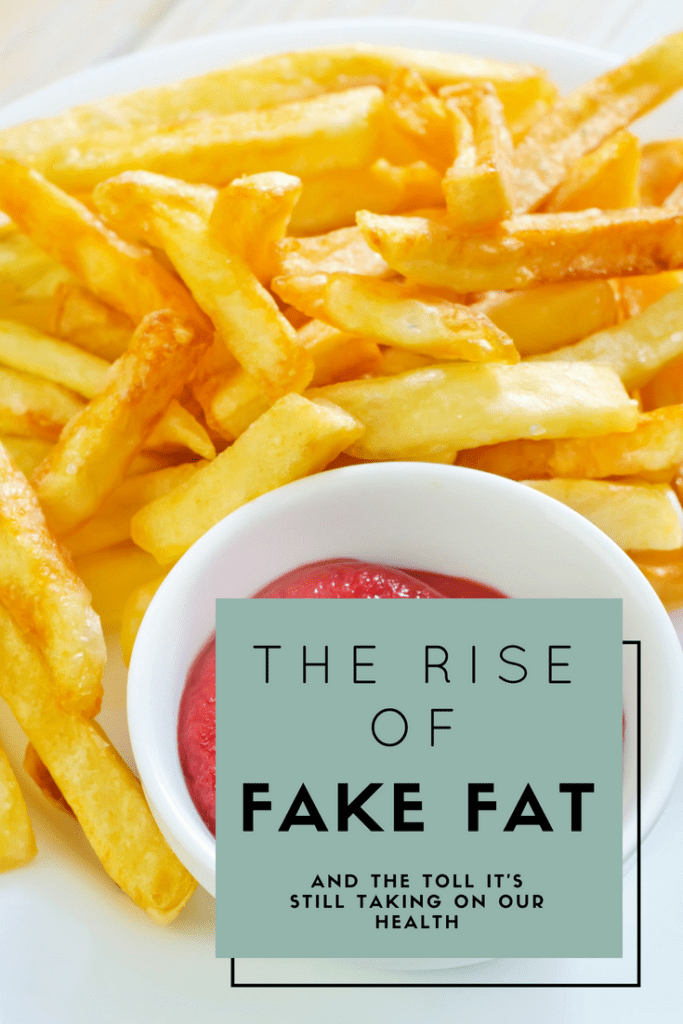 Before 1900, the American cooking staples were butter and lard. No one was processing vegetable oils yet and shelf-stable food didn’t exist unless it was salted and cured. In 1907, a German chemist named Edwin Kayser wrote a letter to a popular soap and candle-making company (at the time): Proctor & Gamble.  The chemist wrote to them about a new process where hydrogen could be used to convert the surplus of toxic byproduct used in soap-making–cottonseed oil–into solid, shelf stable fat. (1)

Knowing the molecular structure of fat is important to understanding the process of hydrogenation. An unsaturated fatty acid chain is made up of carbon atoms stuck together by two bonds. Hydrogenation involves ripping one of these bonds apart on each carbon atom. The result is a chain of carbon atoms, wherein each atom is also bound to a hydrogen molecule. 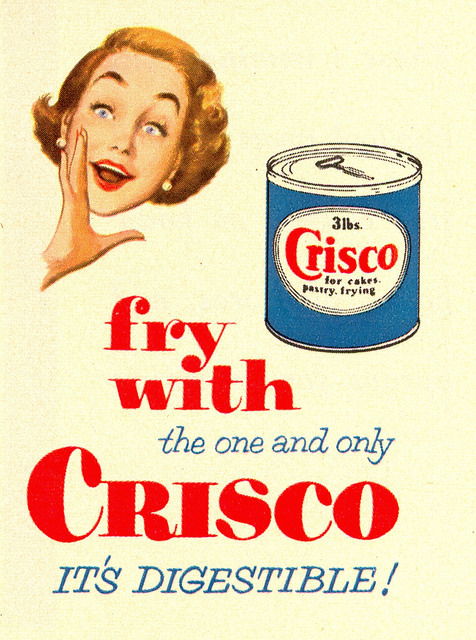 P&G hired America’s first full-service advertising agency to market this new artificial fat. With bizarrely vague slogans like “It’s digestible!” Crisco became the “lighter, healthier” alternative to lard and butter. By 1912, P&G was selling 60 million pounds of Crisco per year. As many or more households were making the permanent switch from saturated fat-filled lard and butter to trans fat-filled Crisco. (1)

Read my other nutrition articles:

The 6 Best Alternatives to Sugar

In 1912, heart disease was uncommon. Pneumonia was actually the leading cause of death up until the 1930’s. With the rise of vaccines and antibiotics, people were starting to live longer and, consequently, die from other things. But, of all the age-related diseases, why did heart disease become the number one killer?

You can guess where I’m going with this: dietary changes. More specifically, the transition from lard and butter to fake vegetable oil, trans fats, and shelf stable corn, grain, and soy products. The availability of these oils rose exponentially in the mid-1900’s. Yet the simultaneous rise of heart disease was attributed to the total opposite thing: saturated fat (which people had started to reduce). How did that happen? (3)

By the 1940’s, cardiologists began to show concern for the rise of heart disease in the United States. A number of small-scale research groups existed, including a mostly New York-based organization called the American Heart Association. Ever heard of it?

Of course you have. That’s because Proctor & Gamble  gave $1.5 million to this tiny organization in the 1940’s. This display of selfless philanthropy allowed the organization to launch national fundraising campaigns to fund research studies on…dietary fat. (5)

Several studies into dietary fat popped up in the 1950’s, many of them sponsored in part by the American Heart Association. Among the most (in)famous of these were:

Seven Countries Study
A scientist named Ancel Keys looked at the diet of only seven countries, and concluded that high intake of dietary cholesterol is associated with heart disease. (6)

In 1957, as a response to the findings in the Lipid Research Clinics, The American Heart Association published it’s first ever, laughably non-specific, set of dietary guidelines to the American public:

Suddenly, the dietary guidelines to the public were very specific. None of the studies from the time had found definitive evidence that saturated fat and cholesterol were the cause of rising heart disease, yet the AHA made a nationwide recommendation to increase polyunsaturated fat. Why? 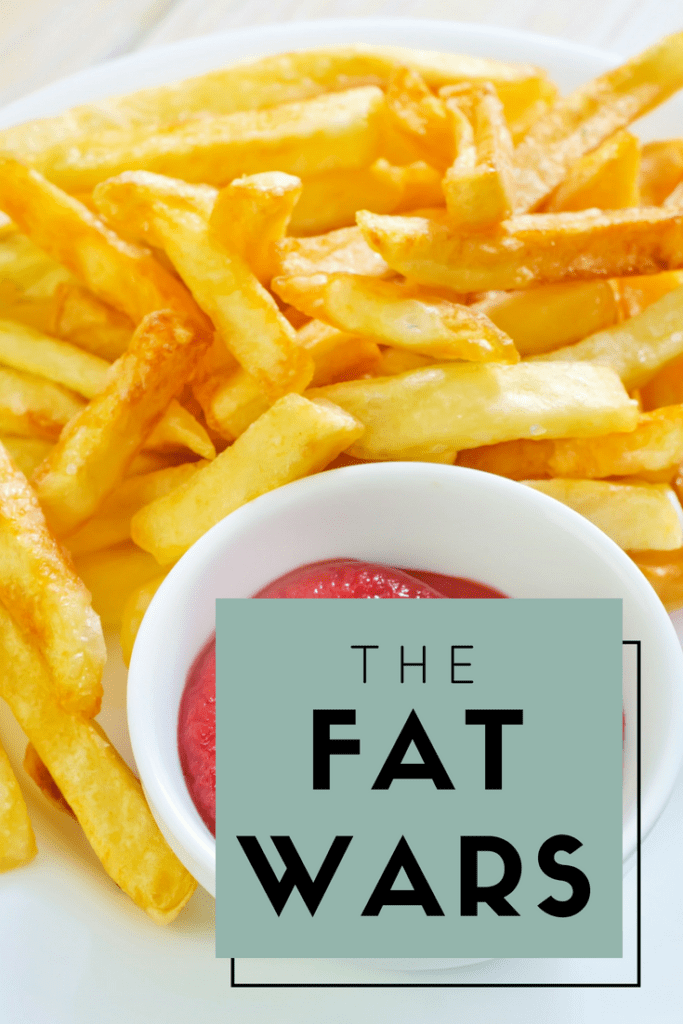 A dietary fat war has been waging now for several decades. On one side are the makers of liquid and partially hydrogenated vegetable oils (i.e. Proctor & Gamble). On the other side are makers (and breeders) of foods containing saturated fat–mainly, the meat and dairy industry. On neutral territory are growers of nuts, avocados, and olives, because…well, they want nothing to do with this “low fat” craze. Let’s take a look at some of the key players and their arguments:

A chemist for Proctor & Gamble, he conducted and presented many studies throughout his career to prove that trans fats (like Crisco) were not harmful to human health. He is credited with influencing the American Heart Association’s 1961 dietary guidelines to the public to increase intake of polyunsaturated fats (vegetable oils) and drastically reduce animal fat and saturated fat. (9)

He used many of Mattson’s studies and analyses to work on behalf of the Institute of Shortening and Edible Oils. He vehemently discredited and opposed contradictory research and analysis regarding trans fat and vegetable oils.

The shortening and vegetable oil industries essentially went uncontested until the 1980’s, when a lowly group of graduate students discovered that:

Their realization marks the turning point of the fat wars. They re-analyzed many of Dr. Fred Mattson’s studies and found quite a different picture than what was earlier presented:

1. Those who took a cholesterol-lowering drug in a 1972 study experienced a significant increase in deaths from cancer, stroke, violence, and suicide, compared to those who took a placebo (suggesting that cholesterol plays an important role in mood). (8)

2. A feeding trial in pigs fed a diet of trans fat and polyunsaturated fats led to high parameters for heart disease, compared to pigs fed only saturated fats. (8)

3. The NHLBI Multiple Risk Factor intervention trial found no significant difference in deaths from coronary heart disease between those with low cholesterol and those with high cholesterol. However, deaths from all causes were substantially greater for men with cholesterol levels below 160 mg/dL. (8)

4. Dr. Willian Castelli, the director of the Framingham study, which by the 1980’s had been running for 40 years, said this:

It’s been over 60 years since the American Heart Association first gave dietary recommendations to the public. Despite a horrific rise in metabolic disease and chronic health conditions, the guidelines remain much the same:

Despite study after study of evidence to the contrary, saturated fat remains the enemy. The recommendation to increase intake of polyunsaturated fat remains. There is still no mention of an optimal omega-3 to omega-6 ratio. Indeed, the levels at which Americans consume omega-6 rich unsaturated vegetable oils has been linked to the following in animal studies: (8)

To think that we are somehow different from other animals and that polyunsaturated vegetable oils are actually healthy for us is…ludicrous. Yet they continue their reign in the standard American diet. (11)

In the 1990’s, the former graduate students contested the amount of trans fat being reported in packaged foods. Despite the industry’s argument that the average American probably only ate 6-8 grams of trans fat per day, the reality, in looking at the diet of American teenagers, was much higher.

In 2001, P&G conceded and sold the product that started it all–Crisco. Countries around the world began regulating the amount of trans fats that could be used in restaurants and packaged foods. States, counties, cities, and whole states instituted trans fat bans. Many fast food restaurants willingly stopped using them. (10)

Now that artificial trans fats were gone, the public could rest easy that we would make a nationwide return to traditional saturated animal fats and saturated tropical vegetable oils…ha, just kidding.

OK, so GMO’s are not ideal, but we’re safe with non-GMO, expeller-pressed vegetable oils, right?

Unfortunately not, because similar results can be produced with selective breeding. Sunflowers are now selectively bred to produce an oil that is just as low in linolenic acid as its GMO soybean counterpart. Nearly every bean or flower bred for oil is bred to be shelf and heat stable. Therefore, the content of omega-6 polyunsaturated fat is dangerously higher.

When Will it End

As long as companies are making money in a shelf-stable oil and food industry, I cannot imagine this industry-perpetuated fear of saturated fat will ever die. Meanwhile, the government and industry-backed non-profits continue to give dietary guidelines that are making us collectively sicker than we’ve ever been. Sure, we’re living longer, but at what cost? What neurological deficiencies are we enduring because we chemically altered our fat? What metabolic diseases have we propagated by replacing our essential fats with whole grains, fatless protein, and fruits? 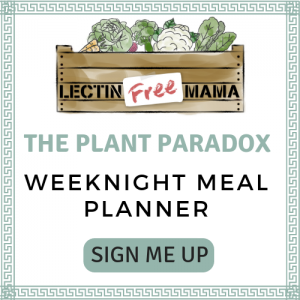 1) The Atlantic: How Vegetable Oils Replaced Animal Fats in the American Diet
2) io9: What Is Hydrogenation? And Why Is It In All Your Food?
3) The American Journal of Medicine: The Epidemic of the 20th Century: Coronary Heart
Disease
4) The Journal of Nutrition: History of Recommendations to the Public about Dietary Fat
5) The Father of Spin: Edward L. Bernays & the Birth of Public Relations
6) The Seven Countries Study: 2289 Deaths in 15 Years
7) Framingham Heart Study
8) Dr. Bernstein’s Diabetes Solution: The Truth About Fats Parts I-IV
9) The Weston A. Price Foundation: The Rise & Fall of Crisco
10) Encyclopedia Brittanica: Trans Fat
11) NCBI: Health Implications of High Dietary Omega-6 Polyunsaturated Fatty Acids